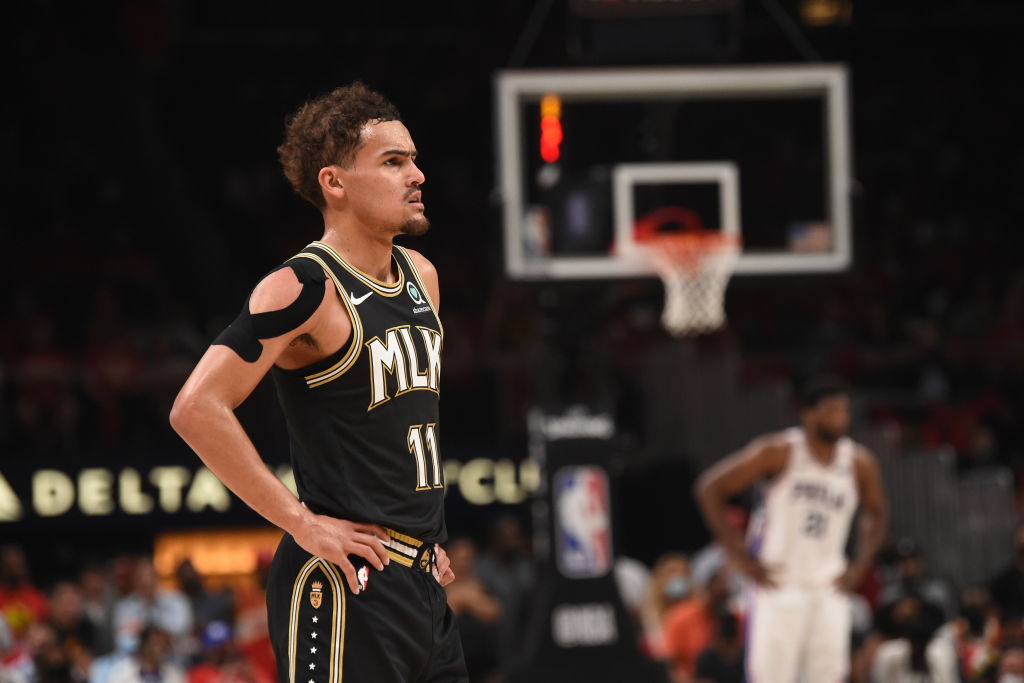 The Los Angeles Clippers and Atlanta Hawks both had tough outings in their respective Game 4s on Monday night, with each having a chance to tie their series at 2-2. Their opponents, the Utah Jazz and Philadelphia 76ers, looking to take commanding 3-1 leads before heading back to their home turfs for Game 5.

Things looked bleak for the Hawks early in Game 4, with star guard Trae Young struggling to score in the first half and their bench going 0-8 from the field, being outscored 20-10.

As a result, Atlanta found themselves in an 13-point hole.

Entering the second half 3-12 from the floor, Young eventually was able to flip the switch and erase the deficit, squeaking out a narrow three-point win in the end. Young finished his night with 25 points (on 8-26 shooting) and 18 assists, tied for the second-most in playoff history.

Continuing a strong semifinals series, Bogdan Bogdanovic tallied 22 points for the Hawks, who had double-double performances from both Clint Capela (12 points, 13 rebounds) and John Collins (14 points, 12 rebounds). It was a rough night of shooting for the entire Hawks team, with Atlanta shooting just 36.6 percent from the field and 30.0 percent from three but they willed themselves to a win nonetheless.

While losing a winnable playoff game is already bad enough for the Sixers, there are reasons to be even more upset for Philadelphia fans, as All-Star center Joel Embiid exited the game in the second quarter with a knee injury.

Embiid returned for the second half but struggled, going 0-for-12 from the field and ending the game with 17 points and 20 rebounds. However, the scoring of starters Seth Curry (17 points) and Tobias Harris (20 points) kept Philadelphia’s offense afloat.

The 76ers shot the ball much better than their opponents (43.5 percent from the field and 40.7 percent from 3-point range) but their 12 turnovers (compared to just four for the Hawks) may have been the difference.

In the first two games of the series, the Clippers looked overwhelmed by the Jazz. Four games into their matchup against their series against Utah, the Big Two of Kawhi Leonard and Paul George seem to have found their groove during back-to-back blowout wins.

Los Angeles bolted to a 17-point lead in the first quarter and maintained that gap for nearly the rest of the game. By the end of the contest, both The Klaw and Young Trece dropped 31 points, while veteran forward Marcus tacked on an additional 24 points.

Unfortunately, injuries were a talking point following the contests, with Leonard suffering a knee injury late in the Clippers’ victory.

With Donovan Mitchell going 9-26 from the field while facing LA’s stifling perimeter defenders, the Jazz struggled to be competitive in Game 4 despite Spida getting to the line a game-high 15 times to score 37 points. Fellow guard Jordan Clarkson had a tough shooting night, scoring eight points in 30 minutes on 3-for-12 from the field and 2-8 from deep.

Sharpshooter Joe Ingles was massively efficient for the Jazz though, scoring 19 points on 7-for-9 from the field, while Bojan Bogdanovic chipped in 18 points.

The Jazz will have a chance to retake the series lead in Game 5, back home in Utah, on Wednesday night.